In a complete 360 project, we worked with Buzzy Seeds to deep dive into a new digital brand strategy for success amongst their competition, a full digital marketing strategy to increase site traffic and online sales, and a rebuild of their e-commerce platform using Shopify.

Buzzy Seeds sells easy to grow kits for a wide range of customers with various skill levels of gardening. One of the bigger issues is that their web store didn’t drive many sales and they rely on shelf space at big box retailers during the spring and early summer months to generate revenue. They have a range of issues pertaining to their overall digital strategy and how that blead through their marketing, advertising, and e-commerce strategy. Their issues stemmed from the fact they weren’t sure who their core target was in the digital space, how to target these customers online and when they did drive them to a website, they had an outdated WordPress store to sell products online that was in dire need of a refresh. So, they enlisted Seventy Seven Collective to help define, shape and target the right customers with the right experience.

First, we set out to do a deep dive into who their target audience was, what they were looking for, and how to best talk to them. This full digital marketing strategy helped define so much of their core audience, and different approaches as each segment had different needs. We explored new targets that can expand their key season to more than just springtime gardeners and gift giving, to turn Buzzy into a year-round brand.

Third, we considered the requirements which included launching in a short turnaround time.

WordPress seemed like the obvious choice but when we evaluated the theme + platform, we found security issues and that WooCommerce had not been updated in quite a while. During testing, we discovered the existing theme and the majority of the purchased plugins were not compatible with the later versions of WooCommerce, but even more important, most were no longer maintained.

We evaluated the hosted platforms and factors that we considered included cost, maintenance, and level of effort to implement and maintain security. We settled on recommending Shopify due to its ease of implementation, management, and extensibility support. Shopify’s standards and Liquid template language made it easy to implement additional functionality to boost the site’s capabilities.

We let the original site continue running while monitoring it, and built the Shopify experience.

The new Buzzy Seeds site is targeted towards three core audience types that seek easy to grow and easy to maintain grow kits. Our digital ad strategy targets gift givers, home chefs and general garden enthusiasts in a variety of ad platforms and drives them to Buzzseeds.com. here they will find products, resources and tips on how to become long time, year-round Buzzy customers. Smart email marketing automation and client marketing segments is just a few of the many ways we are helping to evolve the Buzzy Seeds brand.

“Darrell and the 77 team of experts have been an amazing partner for Buzzy seeds. They have helped rebuild and energize our overall digital strategy, while helping us navigate the complex world of rebranding and social media engagement. The results speak for themselves, and I am looking forward to continuing a long productive, relationship with Darrell and his team.” 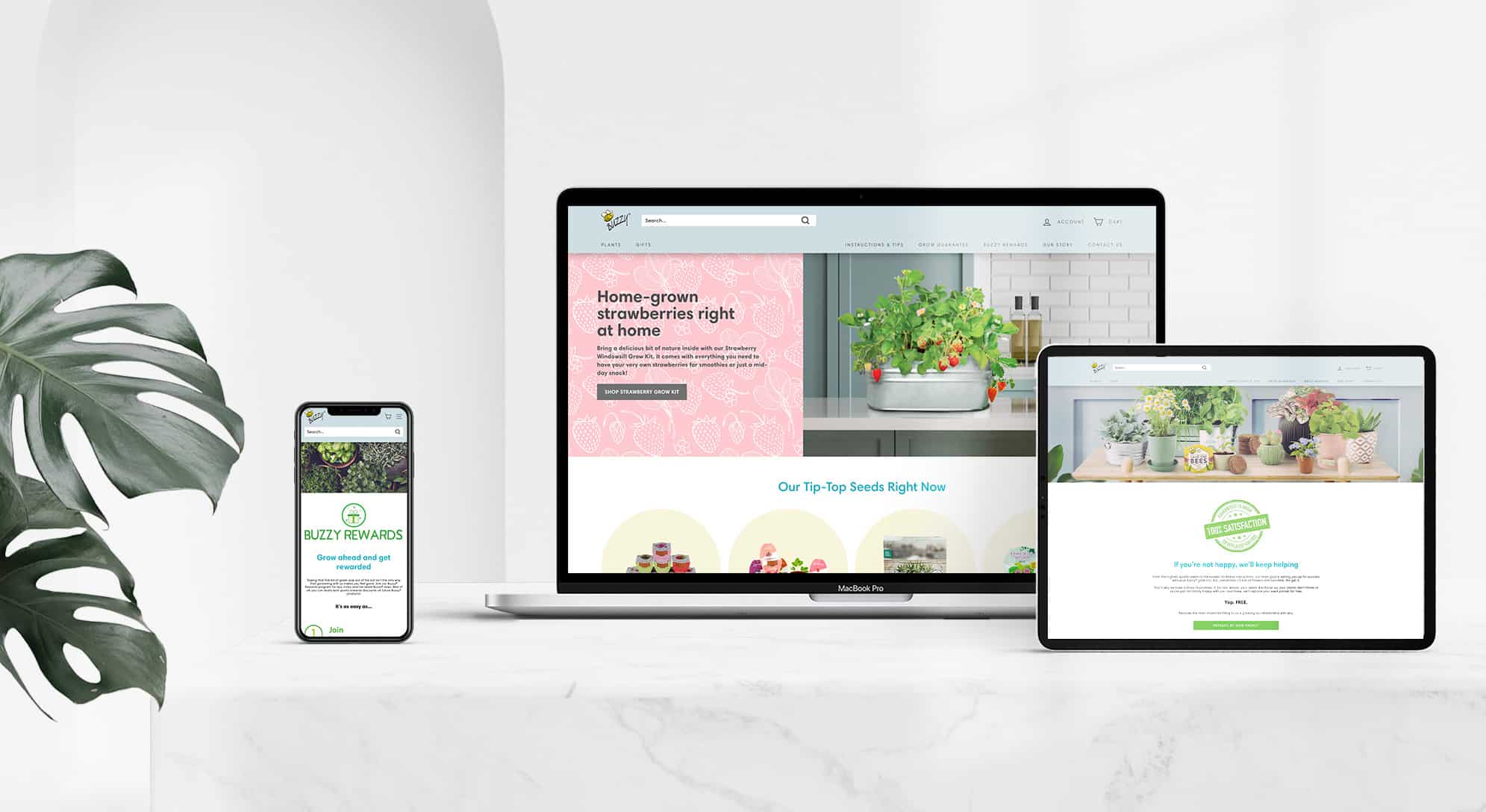 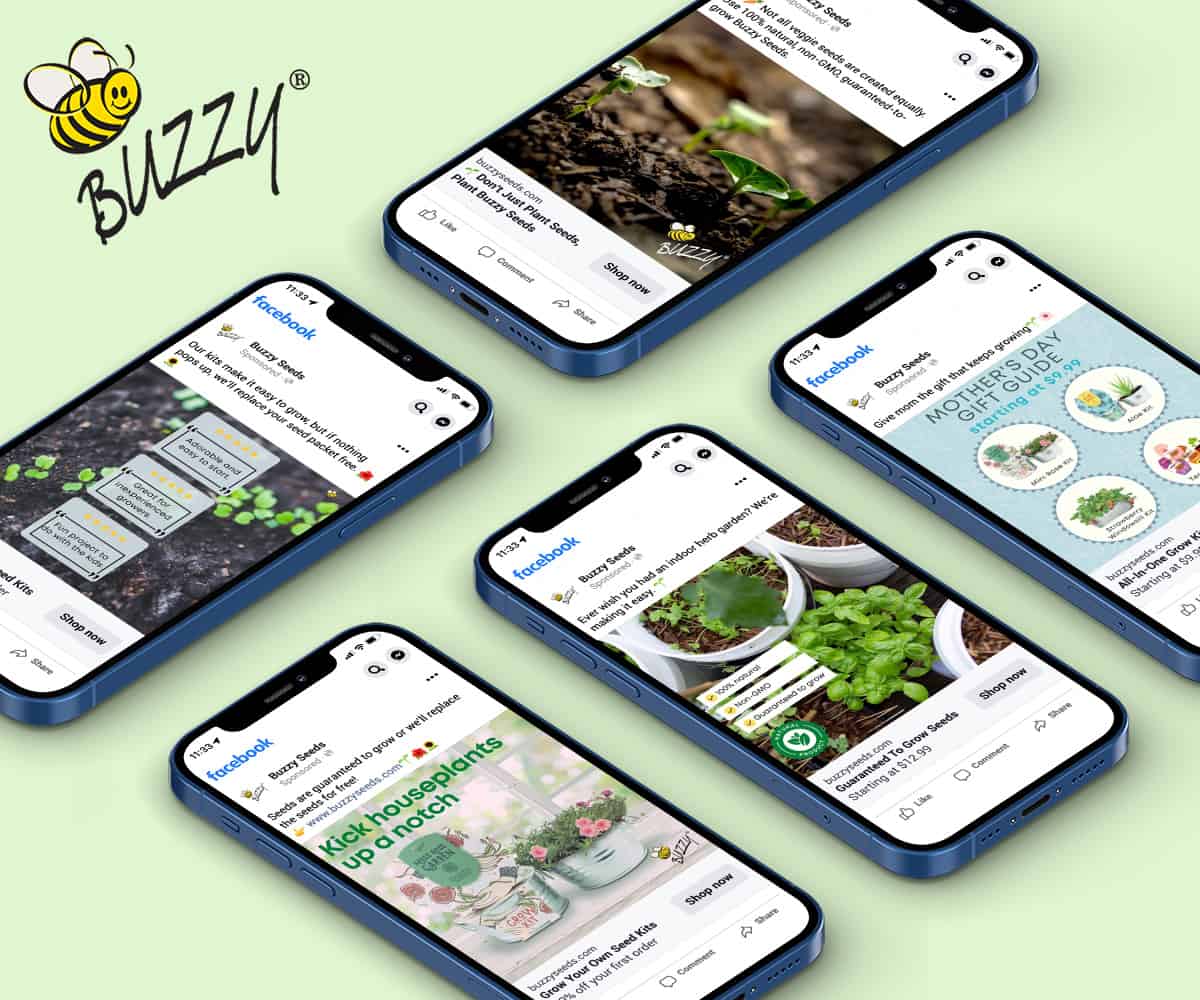